One of Toronto’s highly sought-after west-end communities. The neighbourhood of High Park is a community centred around a vast green space stretching from the Queensway to Bloor Street which includes playgrounds, food-stands, baseball fields, skating rink, swimming pool, multiple bodies of water and even a small zoo. Homes in High Park North are similar to homes in the Junction, average in size, whereas homes located in High Park proper are characteristically larger, including Edwardian, Tudor and Victorian style dwellings. Neighbouring communities include Swansea, Roncesvalles and the Junction.

It is more than likely that Indigenous Peoples used the High Park area when they settled in Toronto.

In the 1830’s, a City Surveyor and Architect named John Howard along with his wife Jemima bought a 66 hectar wooded lot on the lakeshore west of Toronto. Shortly thereafter they erected the historical Colborne Lodge. The Howards named the estate High Park because it is the highest point in the area.

In the early 1870’s, the Howards donated the lot to the city for use as a “Public Park for the free use benefit and enjoyment of the citizens of the City of Toronto forever.” Aside from Colborne Lodge and a small farm, this lot of land was relatively undeveloped, and the city has largely kept it that way.

In the late 1800s High Park was part of a trailing that led down the eastern side of Grenadier Pond to lake for the trading of goods, and at the nearby Humber River, another often-used trade route linking Lake Ontario to Georgian Bay.

At the time Bloor street was not developed so most labourers lived north near Dundas or in downtown Toronto. When Bloor street became developed after World War 1 the High Park North neighbourhood started growing but it wasn’t until the development of the 1960s including construction of the Bloor-Danforth subway that made High Park into the community it is today.

The subway brought in developers who built a slew of apartments north of Bloor that still stand today. In the early 2000s condominiums started being built alongside the many apartment buildings and houses. Many of the detached and semi-detached homes in the community are over 100 years old.

Today the neighbourhood is still primarily residential and centred around the park but also includes a significant stretch of commercial establishments along Bloor St. Residents and visitors enjoy the park’s Grenadier Café and a diverse selection of shops and restaurants. 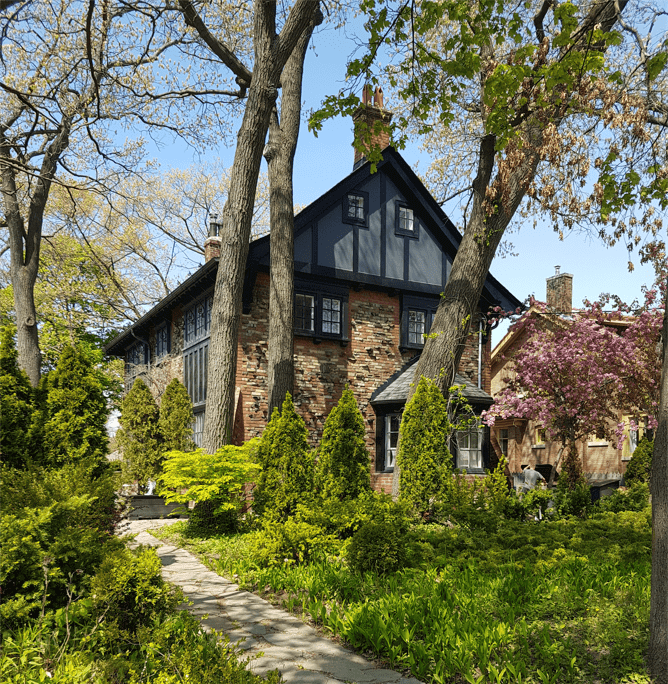 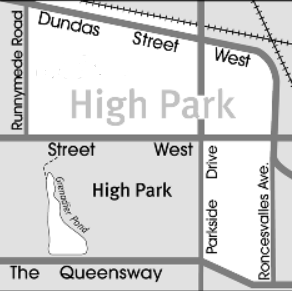